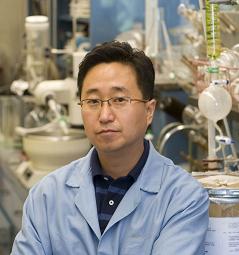 KiBum Lee is a professor of Chemistry and Chemical Biology at Rutgers University, where he has been a faculty since 2008. He received his Ph.D. in Chemistry from Northwestern University (with Chad. A. Mirkin; 2004) and completed his postdoctoral training at The Scripps Research Institute (with Peter G. Schultz; 2007) respectively. The primary research interest of his group is to develop and integrate nanotechnologies and chemical biology to modulate signaling pathways in stem cells and cancer cells towards specific cell lineages or behaviors. In particular, his group is exploring critical problems in cancer research and stem cell biology pertaining to the cell-microenvironmental interactions, and how to control these interactions at the subcellular and single-cell level using interdisciplinary as well as transformative approaches. From this research effort, he has developed innovative technology platforms that may overcome the critical barriers to harnessing the full therapeutic potential of stem cells and cellular reprogramming.